Not always by choice; sometimes by compulsion, sometimes to pay the bills, but we write. This has been my journey: 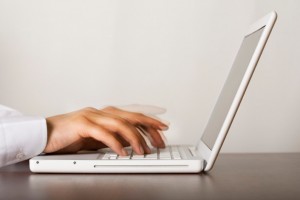 Before the website was ever dreamed of . . . I started writing as soon as I could form words with letters, and writing seldom stopped being a passion. I once got into trouble when I was seven because I ‘borrowed’ my older sister’s liquid eyeliner to write a note on the bathroom door at home. It was not well received and the critics took a dim view of my spelling skills at the time. Not to be deterred by bad reviews, I continued writing and endeavored to improve my skills and hone my craft.

Short stories flowed from my pencils, pens, and crayons, but no one ever saw those gems. They were my special treasures until sixth grade, when I wrote a series of short mystery stories that featured relatives and friends as the main characters. We passed those stories around among my classmates for a while, until I unwisely allowed someone to take them home to read over the summer break. Never saw them again, and I never wrote anything else in the series, but I still remember the character names, Deanna Rogers, Bill Jakes, Debbie Dwine, and David Carter, and the friends and family who inspired them.

I’ve been a Star Trek fan since I was a little kid and the series was having its first run. But in high school, my cousin and I loved the reruns and I started writing a novel whose ‘guest characters’ greatly resembled the two of us. We didn’t finish the story, but I still have that handwritten manuscript. It’s hidden so deep in my junk pile that it will never see the light of day during my lifetime, but I can’t get rid of it. I guess that’s a writer thing.

Three friends and I even tried our hands at writing a play when I was a senior in high school. It was called Ages? and was about a trial in heaven to determine the fate of mankind. A bit sacrilegious for a good Baptist girl to write, but it was loads of fun. It never saw a stage, but that didn’t deter my enthusiasm for writing.

I was into reading romance novels in my early 20’s. Harlequin was a lot less erotic then than it is now. Even my grandmother read those books back then. I tried my hand at writing one and sent three chapters to an editor. She liked it enough to ask for the rest of the book. Oops! There was a slight problem with that. There was no rest of the book. Of course, the hastily thrown-together finish was not acceptable and I didn’t pursue that path again. About that same time, I was also reading sci-fi magazines. They contained wonderful stories that captured my imagination and fueled a longing to become a part of that brotherhood of writers. I submitted a short-story that was very kindly and gently rejected, but I had a chance to speak to the rejecting editor, who was just as kind over the phone. He still didn’t publish the story, but I felt a lot better about the rejection.

Life intervened in the shape of an amicable, but heart-breaking divorce, and I didn’t write again for a very long time. Well, that’s not exactly true, I wrote, but no one ever saw those words.

I have a box full of story ideas and pieces that never developed beyond a few scenes or paragraphs. A few of them are little more than the main ideas or character details dashed off on a page torn from a spiral notebook. One includes sketched maps and details of another dimension. Why were these never developed? Some may say writer’s block. Some may say the muse dried up. I say, the characters stopped telling me their stories. It happens, but someday I would love to go back and visit their lives.

My best friend from college, Mary Cellino, whom I’ve mentioned in other places, got her hands on some of my work early (it’s tough to hide anything from a roommate) and insisted that I continue writing. I did. She saw my failed submissions before they were ever submitted and never stopped encouraging me. It was her unfailing faith that made me finally decide to take my writing seriously after years of unfinished works. I asked my friend, Clare, to hold me accountable for my writing. I also asked her to give me feedback at intervals. Her first feedbacks were so gentle! She knew that my skin wasn’t thick enough to take a harsh critique. With Clare’s encouragement, I took some writing classes at UNM and met a community of writers in the Albuquerque area. My enthusiasm blossomed after that. There were other people out there as insane as I was! They were even interviewing their characters! I wasn’t the only one. I joined the Southwest Writers Group and attended some workshops. I met my mentor, Kirt Hickman, through the SWW mentorship program. Kirt gave me a very honest and professional critique on the first couple of chapters of the manuscript I was struggling with. [Yeah, yeah, on the manuscript with which I was struggling.] When I flipped over the cover page on that first critique, I could have sworn that Kirt slit his wrist and bled on the paper. There was more red than black on that critique. But it really helped me to understand the crafting of scenes. And I got better.

Through a Southwest Writers Conference, I pitched my sci-fi book to an editor from a major publishing house. She warmed to the idea of my complex story, but she wasn’t the sci-fi editor. She did, however, give me the name and email address of the sci-fi editor, and said to say she recommended the story. Yet again, the story wasn’t quite finished. The pitch had been made for practice. She told me to finish the story and submit it. I was thrilled. Little did I know how long it would take me to finish it! The story grew to over 365,000 words and needed a major rewrite. It was totally out of control. I subjected three wonderful friends to the horrors of draft writing. But their feedback gave me perspective I lacked on my own. And Clare got much bolder with her critique, advancing to the point of telling me certain sections just didn’t work. [Thanks, Clare!] Child of Chaos resulted from that hard work and the dedication of good friends.

My friend, Mary, had metastasized breast cancer, and when I asked her if there was anything on her bucket list that we could do or obtain, her only response was “I’d like to own a copy of your published book.” I told her that I would try to make that happen and got serious about finishing the project. When I finally submitted ¬Child of Chaos to an editor with a major publishing house, she took it under consideration, but she didn’t fall in love with it, and gave me an encouraging rejection. (Yes, that’s possible.) In hopes of getting the book into print before Mary’s death, I decided to go the self-publishing route. We didn’t get the finished work out in time, but Mary knew the publication date – and she smiled. She’d only put it on her bucket list so I would finally get it finished.

My journey will continue as long as the characters speak to me. And I’ll keep you up to date, as long as you’re interested. Now, continue with your journey, writer or reader, and may your path be an interesting one.
– See more at: http://dolliewilliams.com/writersjourney/78-the-beginning#sthash.VFO2Bli3.dpuf