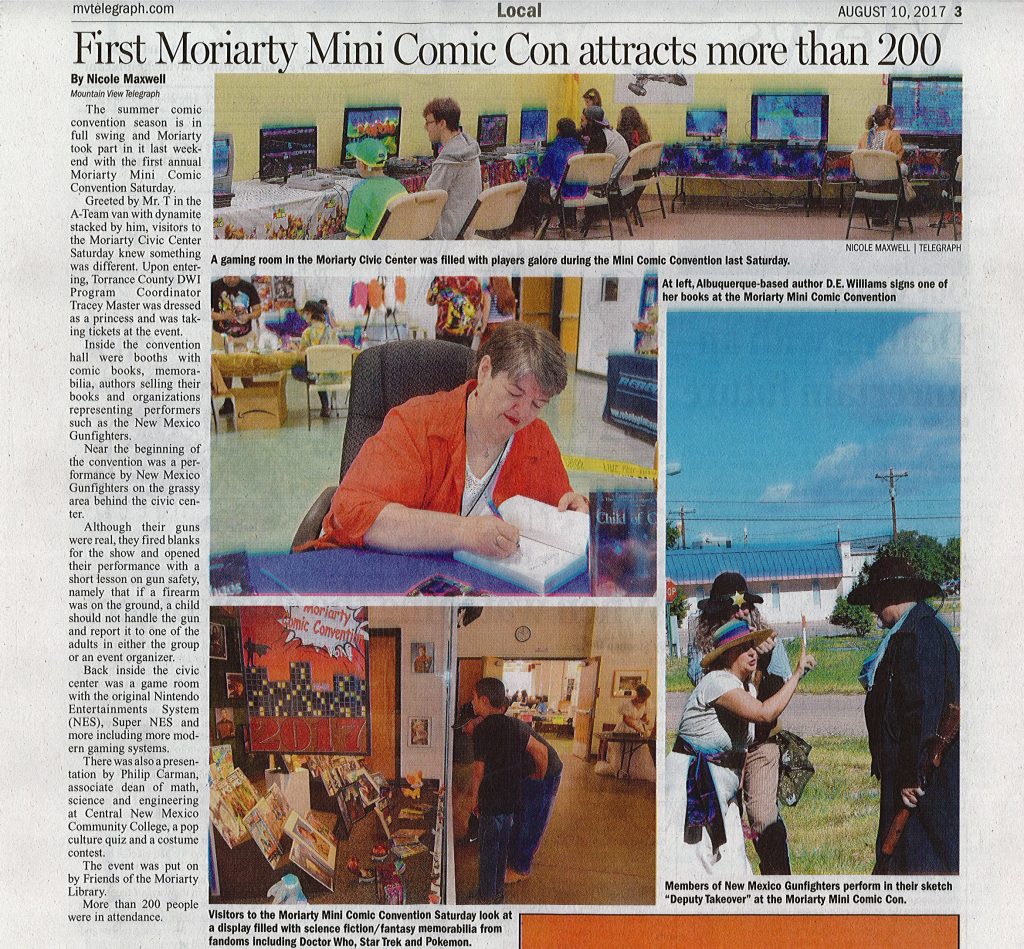 There have been several “firsts” in my writing career in the past 18 months. First book published, first book signing, and now first ComiCon event. Moriarty, New Mexico, hosted its first ever Sci-Fi/Fantasy MiniCon event at the Moriarty Civic Center. No one knew quite what to expect, since the town is not what you’d call a large community. But a number of authors, artists, comic book shops, cosplay outfitters, food vendors, gaming companies, and even gunfighters took the chance and showed up. it was a great success! 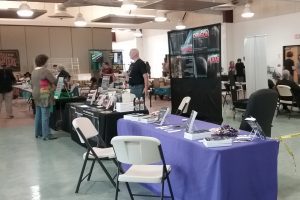 I, along with several fellow members of Southwest Writers and others, got in early to set up our booths. That’s when the pics were taken, so the place looks deserted. But that soon changed as cosplayers, sci-fi/fantasy fans, and the just plane curious turned out to see what all the fuss was about. I saw some awesome costumes and surprised A LOT of kids by not only recognizing their cosplay characters, but being able to discuss the animes and movies with them. [Sorry that I didn’t get any pics of the cosplayers. I’ll do better at the next Con.] 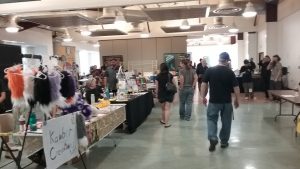 I’ve announced that my first book, CHILD OF CHAOS, has a new cover, so I took the last of the inventory with the original cover with me. AND I SOLD THEM ALL!! Well, all but one. There was a wonderful lady who saw me struggling to get all of my stuff unloaded and volunteered to help me bring it all in to my table. At the end of the day, I asked if she would accept an autographed copy of the book for her daughter, and she did. So, I sold all but one. I’m definitely planning on being in Moriarty next year. 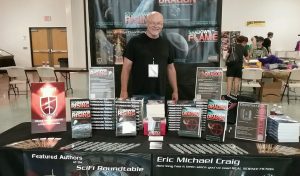 The best part of any conference or convention, whether it’s about sci-fi or something in the “real” world, is the chance to network with other people sharing your passion. I made some great new acquaintances that I hope become good friends, and got information on the scifiroundtable.org group. It’s a network of sci-fi and fantasy writers, like me, sharing information in countries around the world. [The founders’ table was next to mine, so I snapped a pic of it, too. Eric Michael Craig is a retired physicist and hard-core sci-fi writer. He’s also a co-founder of the group.]

With BUBONICON Sci-Fi/Fantasy Conference 2017 coming up in Albuquerque the last weekend in August, I’ll be busy making preparations with the fantastic information I gathered at the MiniCon, but I’ll be checking in with you soon! 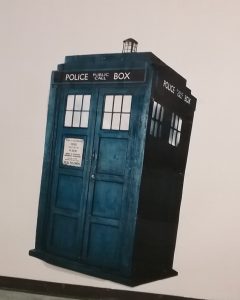